The style of Aska reaches, at the same time, an impressive technique and an emotional expressiveness. Agile, lithe, delicate but strong and edgy at the same time. While she plays, the violin seems to be a continuation of her body, with perfect harmony between his inner world and the external. Through it, she can touch the hearts of the people, and through it, people can touch her soul.
Aska の演奏スタイルは、並外れた技術と深い感情表現が同居している。敏捷でしなやか、デリケートでありながら同時に強く、エッジがある。 演奏する時、彼女の楽器は身体の一部であり、彼女の内的な世界と外の世界とを完全に調和させている。 その調和を通して彼女の音楽が人々の心に届き、そして人々が飛鳥の魂に触れる。

“When I perform I am transformed into a filter between
the mysterious energy of the universe
and the beating hearts of the audience. ”
– Aska

Aska was born in Tokyo and grew up among a family of visual artists. At the age of four she began studying piano and violin. Aska’s unique improvisational style is probably linked to her childhood habit of practicing her violin in outdoor settings in dialogue with nature. At the age of fifteen Aska won the Grand Prize in the quartet category at an international competition in London. She went on to study violin and composition at Tokyo National University of Fine Arts.

Since 1980’s Aska has been involved with countless studio recording and concert tours with many popular artists. She also leads a large strings group (Aska Strings), which has released four CDs of original compositions including a collaborative work “Encounter” with Hugo Fattoruso (Pf). Aska was a one of the musical directors of the Asian Fantasy Orchestra, a 10-year pan-Asian project supported by the Japan Foundation. In New York Aska was awarded a Bessie Composition Award in 1998.

Aska has been involved with musical direction and compositions for numerous theatrical productions. Her newest work is “Caligula” performed at New National Theater in Tokyo In November of 2019. Aska has collaborated with many multifaceted musicians, such as Scott Robinson and Pheeroan akLaff and with Butoh dancers (Tour Iwashita from San-kai-juku, etc.). In 2017 Scott Robinson and Aska released an improvisational bass clarinet and violin duo CD: “Luminacion” from the Scien-Sonic label in New York.

Upcoming Albums 2020
yuLa will release “Ambient Works” in January, 2020. This is the fruit of many years of collaboration between Aska & Mitsuto Suzuki, the composer & synthesizer manipulator of the Final Fantasy series.

A-Un, a post classical unit in collaboration with Akira Ogawa, will release the album “Space & Energy” in February of 2020.

Aska has an ongoing recording project with Pheeroan akLaff, the free Jazz drummer based in NY. •

Since 2003 Aska has been a member of Gaia Cuatro, a Japanese-Argentinian combo, that has been regularly touring Europe and Japan. Their newest CD ”Lucrecia” will be released in April 2020 from abeat records in Italy. 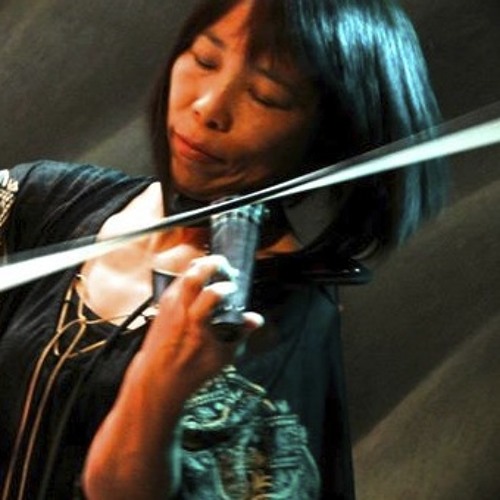 Sound is a wave. It matters not if we ponder this fact or ignore it; sound directly impacts our bodies, our minds and affect us all at a cellular level.
- Aska